A weekly comic for programmers, web developers and geeks. 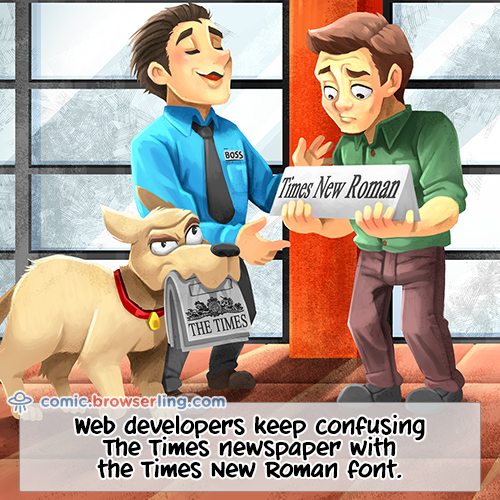 Email this cartoon to your friends or yourself!

URL to this comic:
URL for hotlinking/embedding:

Do you prefer RSS, Atom, JSON or XML feed instead?

Looking for this cartoon in other formats?

Looking for this comic in other languages?

Cartoons and jokes are licensed under a Creative Commons Attribution-NonCommercial 4.0 International. TLDR: You can share, remix, transform, copy, link to, redistribute cartoons and jokes but you can't sell them.

Yes, this webcomic has a manual! Why? Because it's created by a bunch of hackers who love to over-engineer things. We've probably created the most over-engineered comic in the world. Really. Read manual.